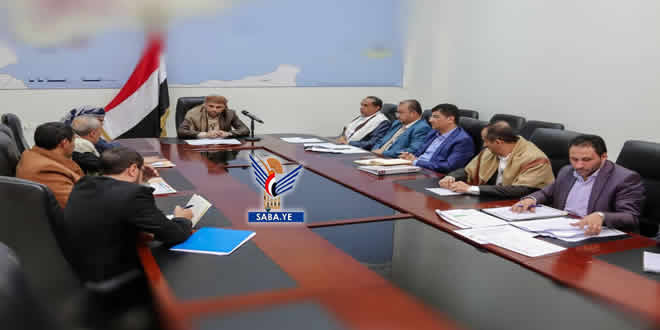 His Excellency Brother Field Marshal Mahdi Al-Mashat, Chairman of the Supreme Political Council, chaired today a meeting of the committee charged with preparing the 2021 plan.

During the meeting, which included a member of the Supreme Political Council, Muhammad Al-Nuaimi, the Deputy Prime Minister for National Vision Affairs, Mahmoud Al-Junaid, Services and Development Affairs, Dr. Hussein Maqbouly, and Economic Affairs, Minister of Finance, Dr. Rashid Abu Lahoum, Director of the Presidency Office Ahmed Hamed, the Secretary of the Supreme Political Council, Dr. Yasser Al-Houri, and Deputy Minister of Administration Local Authority Qasim Al-Hamran and Head of the Local Authority Department in the Presidency Office, Qassem Al-Houthi, stand before the general evaluation of what has been accomplished and discuss the 2021 plan

President Al-Mashat said at the meeting, “Yemen, through the national vision, interim and implementation plans, and indicators of follow-up and evaluation of what is being implemented, is taking an important step in the framework of transformation in various aspects, at the forefront of that administrative aspect in the performance of state institutions and agencies.”

He praised the efforts of the sectoral committees and the Executive Office of the National Vision Management, those in charge of the vision file, the cooperation of the Presidency Office, and the concerted efforts of all efforts that were reflected through the movement witnessed by the various institutions.

He pointed out that what has been achieved through the consolidation of convictions in planning and construction with officials and employees in all state institutions is considered an advanced achievement.

President Al-Mashat stressed the importance of the 2021 plans that will be submitted by state institutions to be unified, including the priorities that have been approved. 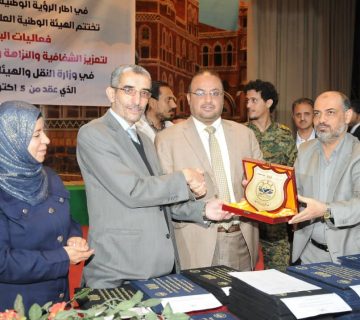