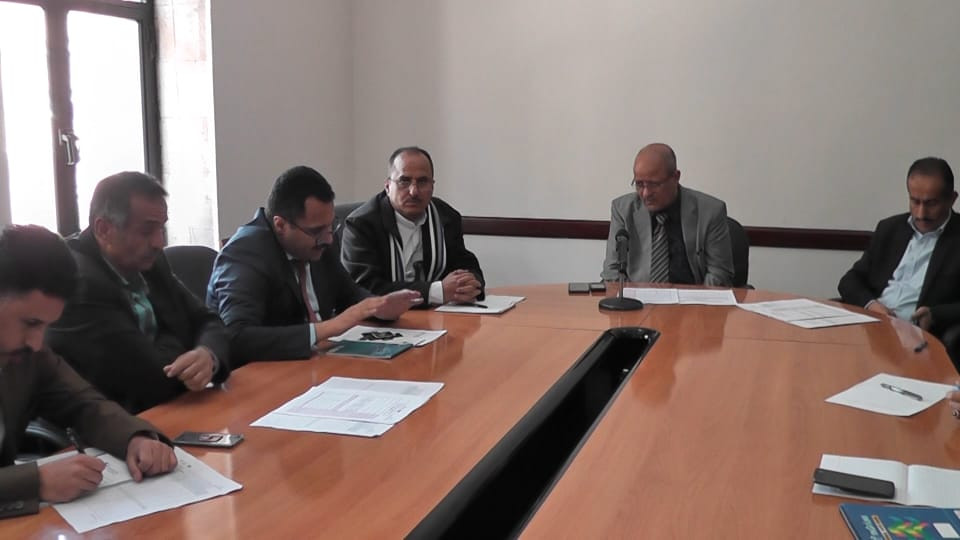 The Executive Office of the National Vision Administration held a meeting today headed by a member of the Supreme Political Council, responsible for the national vision file, Muhammad Saleh Al-Nuaimi, which was dedicated to standing before the ongoing arrangements to launch the second phase plan for the 2021-2025 AD vision, including the 2021 plan.

In the meeting attended by the Secretary of the Supreme Political Council, Acting Head of the Technical Unit for Follow-up and Evaluation at the Presidency Office, Dr. Yasser Al-Houri, Al-Nuaimi stressed the importance of understanding the general determinants that the Supreme Political Council has directed within the initiatives, programs and projects that will be included in the plan for the next phase.

He stressed the need to focus on the results and indicators to be achieved, either during 2021 AD or at the end of the second phase 2025 AD.

A member of the Supreme Political Al-Nuaimi pointed out the importance of participatory planning and the role of the relevant authorities in reviewing the sub-progress objectives, initiatives, indicators and targeted results and linking them to the general goals and main axes of the national vision and translating them into the programs and projects studied according to the mechanisms, means and steps of strategic planning.

He called for making use of various experiences to overcome any mistakes that accompanied the planning process in the previous stage to ensure that they are not repeated and to ensure the success of implementation in the next stage.

During the meeting, Al-Nuaimi and Al-Houri reviewed the models of plans embodying the directives of the Supreme Political Council, the priorities for analyzing the current situation, the models for the executive plans of the authorities, and the initiatives, programs and projects cards prepared by the Executive Office in accordance with the directives of the National Strategic Planning Guide.

They commended the efforts of the leadership of the Executive Office of Vision Management, represented by the Deputy Prime Minister for National Vision Affairs, Chairman of the Executive Office Mahmoud Al-Junaid, and the shift made by the office in its performance during the first phase and preparation for the second phase plan.

Al-Nuaimi and Al-Houri valued the efforts of the Executive Office employees, which will result in realistic plans and real implementation of real and field projects and programs that serve the citizen and meet his needs.